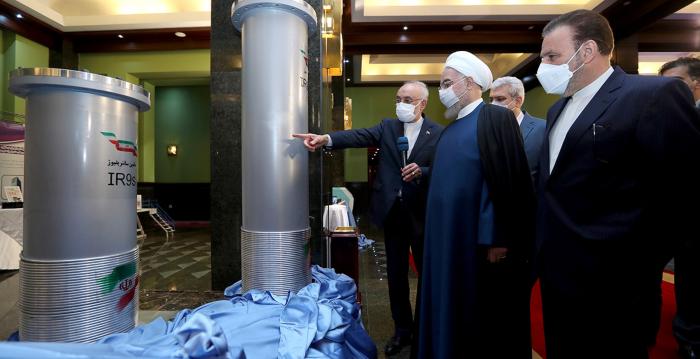 Iran’s nuclear program has generated widespread concern that Tehran is pursuing nuclear weapons. According to U.S. intelligence assessments, Tehran has the capacity to produce nuclear weapons at some point, but has halted its nuclear weapons program and has not mastered all of the necessary technologies for building such weapons. Since the early 2000s, Tehran’s construction of gas centrifuge uranium enrichment facilities has been the main source of proliferation concern. – USNI News Photo: Iran Press Office