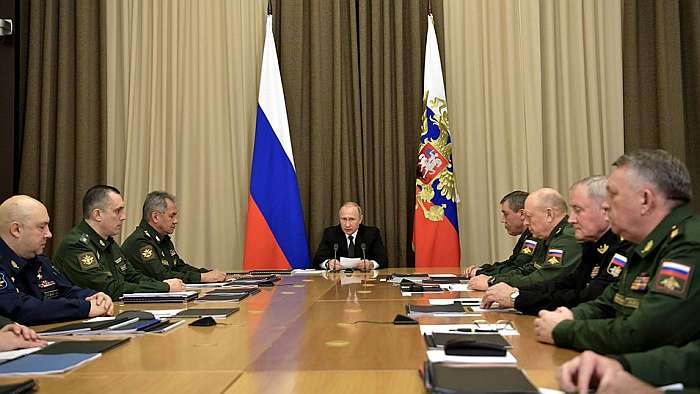 The United States and Russia announced Thursday that they had failed to reconcile their differences over a Cold War-era nuclear pact, something some experts warn could spark a new arms race in Europe. The U.S. accuses Russia of violating the Intermediate Nuclear Forces Treaty — or INF Treaty — which was signed in 1987 and bans all land-based missiles with a ranges between 310 and 3,400 miles. Moscow denies this and accuses Washington of violating the treaty… Both sides have been meeting at a summit in Beijing, but Russia’s Deputy Foreign Minister Sergei Ryabkov on Thursday said the talks had failed. – NBC News Photo: Russian President Vladimir Putin has said Kremlin would retaliate./ Kremlin.ru