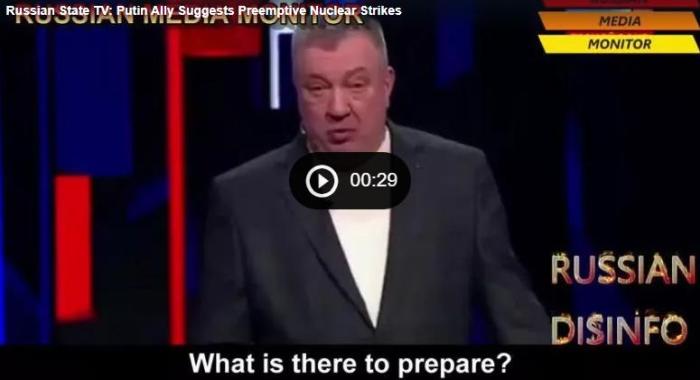 Viktor Medvedchuk, an ally of Russian President Vladimir Putin, has issued a stark warning over the possibility of a nuclear war breaking out in Europe. Medvedchuk, a pro-Kremlin Ukrainian oligarch who was released by Kyiv in a prisoner swap with Russia in September 2022, made the remarks in a wide-rangingarticle for Izvestia, a daily broadsheet newspaper in Russia. The 68-year-old has close ties with Putin, who is believed to be the godfather of his youngest daughter. – Newsweek Photo: Russian TV Screengrab