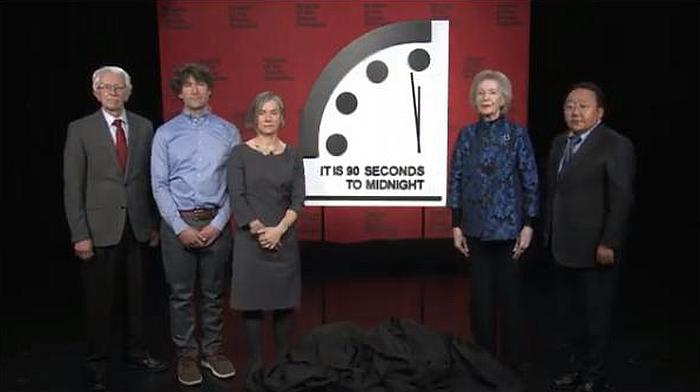 On Jan. 24, history was again made when the Bulletin of the Atomic Scientists’ organization moved the seconds hand of the Doomsday Clock closer to midnight. It is now at ‘90 seconds to midnight,’ the closest it has ever been to the symbolic midnight hour of global catastrophe. The announcement, made during a news conference held in Washington D.C., was delivered in English, Ukrainian and Russian. The released statement described our current moment in history… – The Conversation Photo: Bulletin of the Atomic Scientists