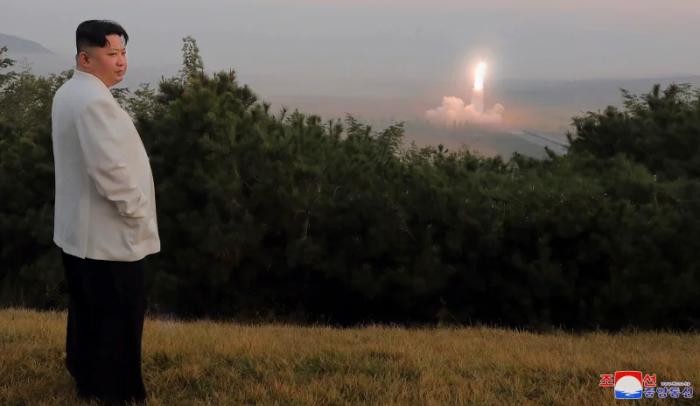 Hours after North Korea launched an unprecedented barrage of missiles Thursday, including one that could theoretically reach the U.S. mainland, the South Korean and American defense chiefs met at the Pentagon. Defense Secretary Lloyd Austin and South Korean Defense Minister Lee Jong Sup condemned the missile launches as “irresponsible” and promptly announced an extension of the joint air force exercise over the Korean peninsula that drew the North’s fire… – TIME Magazine Photo: KCNA