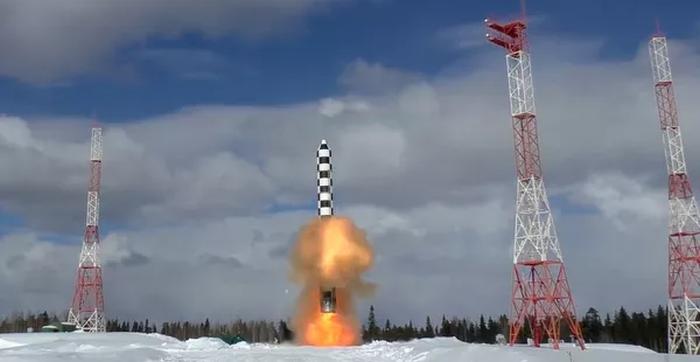 Russia has finished a second successful test of its terrifying “Satan 2” missile. The intercontinental ballistic missile is capable of carrying multiple nuclear warheads in a worrying sign of the Kremlin’s intentions for the future of its invasion of Ukraine. When the weapon was first tested in April, Vladimir Putin declared it would “force those who try to threaten Russia to think twice”. Officially named the RS-28 Sarmat missile, the projectile can reach speeds of an intimidating… – Daily Express Photo: Russian Ministry of Defence