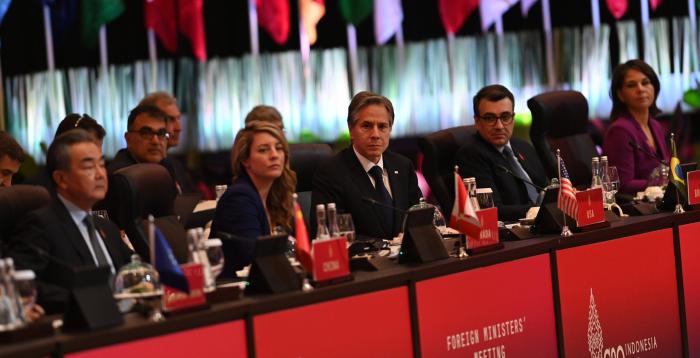 Leaders of the world’s 20 biggest economies will next week denounce the use of, or any threat to use, nuclear weapons, according to an early draft of a G20 statement seen by Reuters. G20 leaders are meeting in Indonesia on Nov 15-16 and the Russian invasion of Ukraine will top their agenda. “Many members strongly condemned Russia’s illegal, unjustifiable and unprovoked war of aggression against Ukraine, and called on it to immediately end the war,” the draft… – US News & World Report Photo: G20