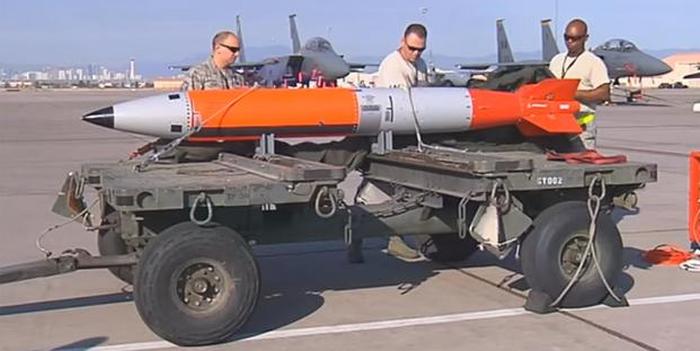 The United States will be accelerating its plan to locate upgraded nuclear weapons in European NATO bases as Russia continues to threaten Ukraine, according to a report. Politico reports, citing various sources familiar with the issue, that U.S. officials told NATO allies during a closed-door meeting that an upgraded B61-12 air-dropped gravity bomb initially scheduled to be transported to Europe next Spring, will now arrive this December. Pentagon spokesman… – FOX News Photo: Screengrab of U.S. Air Force Video by SSgt. Cody Griffith