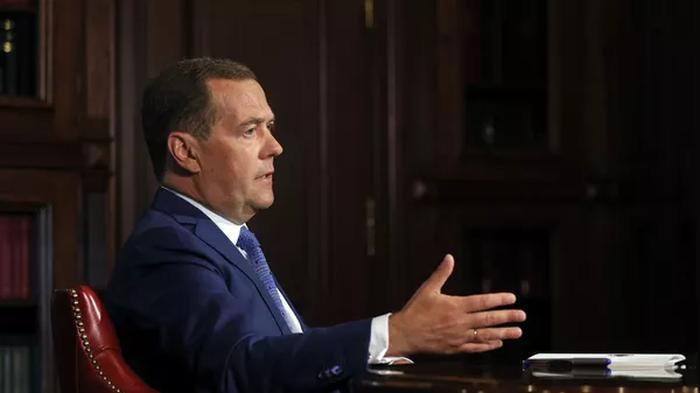 Russia has the right to defend itself if pushed and the threat of nuclear weapons is “is certainly not a bluff”, former Russian president Dmitry Medvedev has said. Vladimir Putin warned last week that he would use “all the means at our disposal” to protect Russia. “It’s not a bluff,” he said, that Russia would use its weapons of mass destruction if its territory was threatened. Now serving as deputy chairman of Russia’s Security Council, Mr Medvedev added that… – Yahoo News Photio: Sputnik / Yekaterina Shtukina