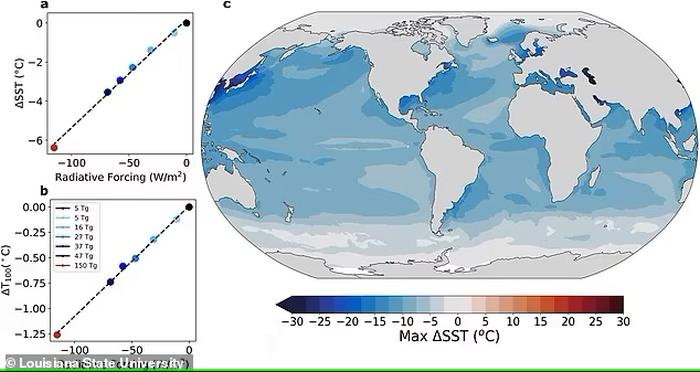 Russia has issued several doomsday threats to the West amid heightened tensions over Vladimir Putin’s invasion of Ukraine. Just last month the Kremlin warned that Europe would disappear in a nuclear apocalypse – a verbal attack in response to Western allies promising more weaponry to besieged Kyiv. Now, new research suggests that if there ever were to be a nuclear war between Russia and the US, it would likely trigger a ‘Little Ice Age’ lasting thousands of years. – Daily Mail