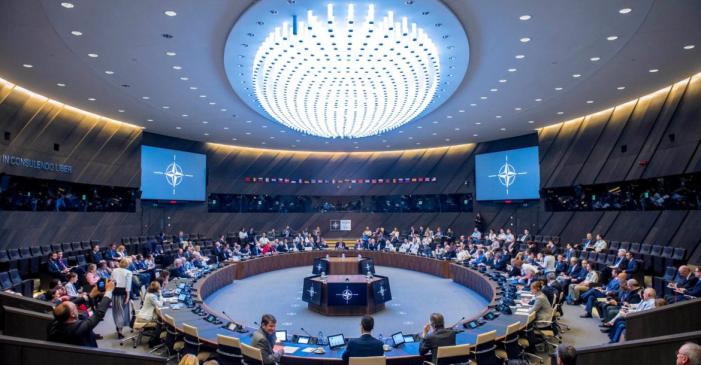 The North Atlantic Treaty Organization (NATO), and the arms industry that depends on it for billions in profits, has become the most aggressive and dangerous military alliance on the planet. Created in 1949 to thwart Soviet expansion into Eastern and Central Europe, it has evolved into a global war machine in Europe, the Middle East, Latin America, Africa and Asia. NATO expanded its footprint, violating promises to Moscow, once the Cold War ended, to incorporate 14 countries in Eastern… – Salon Photo: NATO