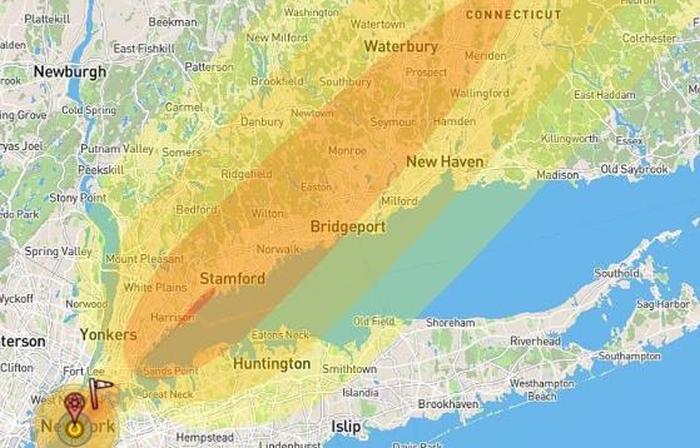 Not since the Cold War era has the threat of nuclear war been as great as it is right now. New York City recently issued guidelines on how to survive a nuclear attack. The warning comes as the U.S. and our allies are facing threats from Russia, North Korea and China. It is believed North Korean leader Kim Jong-un is preparing a seventh nuclear test and has been ramping up anti-U.S. rhetoric in recent weeks. At a Korean War anniversary event, the North Korean dictator insisted… – New Jersey 101.5 Photo: NUKEMAP by Alex Wellerstein