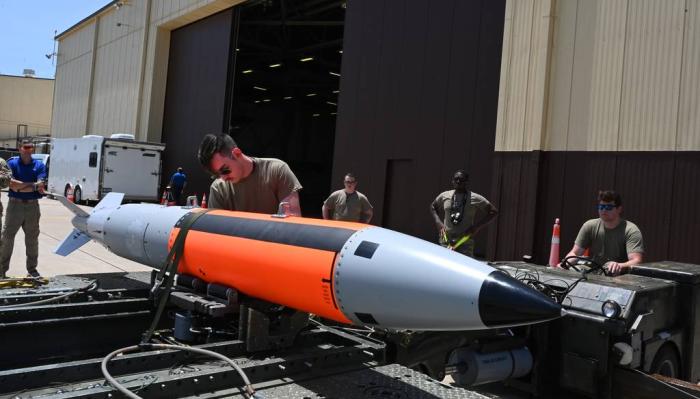 The Pentagon’s inspector general office said Monday it will investigate whether the Air Force properly approved its aircraft to carry a new nuclear bomb that is now in production. Starting in July, the probe will judge if the Air Force complied with federal requirements when certifying the F-15 Eagle and F-35A Lightning II fighter jets and the B-2 Spirit stealth bomber to fly with the B61-12, a nuclear weapon that can be fired at coordinates or use gravity to fall onto its target. – Air Force Times Photo: (Airman 1st Class Devan Halstead/Air Force