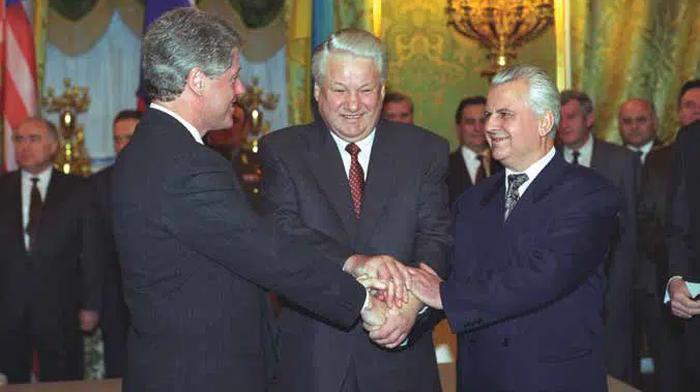 On June 1, 1996, two trains arrived in Russia transporting the last nuclear warheads that had been deployed in Ukraine when the Soviet Union collapsed. That concluded the process in which Kyiv gave up what was then the world’s third-largest nuclear weapons arsenal—exceeding Britain, France, and China combined. The Ukrainian government did so in large part because of Russia’s assurances that it would respect Ukraine’s sovereignty and territorial integrity, and refrain… – Bulletin of the Atomic Scientists Photo: Joseph P. Harahan, historian of the Defense Threat Reduction Agency, and the Clinton Presidential Library.