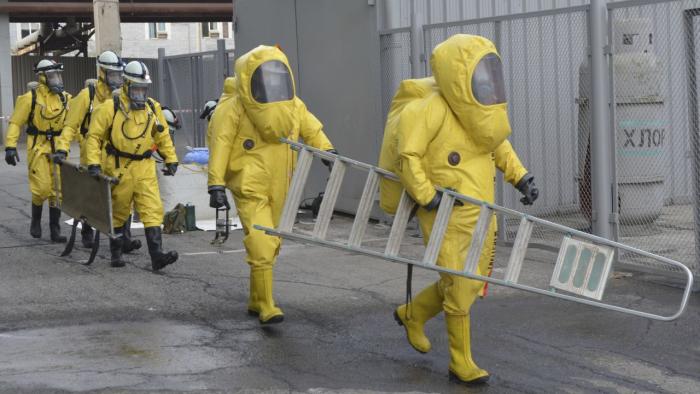 Russia is holding nuclear drills in the Ivanovo province, northeast of Mosco, Russian sources reported. Interfax, an independent Russian news agency, cited the Russian Ministry of Defense as confirming the drills were being held by nuclear forces on Russian soil. According to Interfax, some 1,000 servicemen are involved in the drills which Reuters described as “intense maneuvers” using more than 100 vehicles including Yars intercontinental ballistic missile launchers. – Newsweek Photo: Russian Emergency Situations Ministry