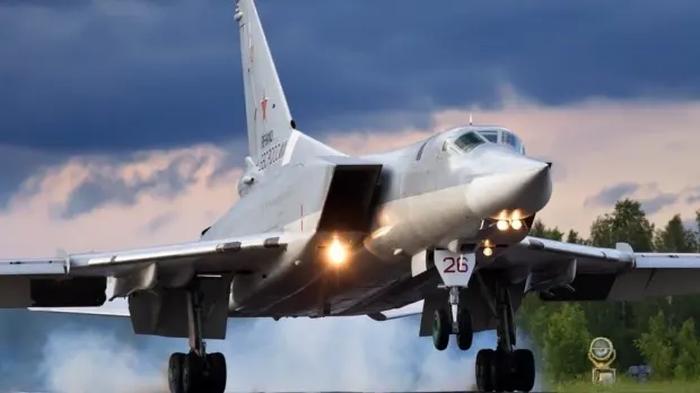 Russia’s deadliest warplane is capable of carrying nukes thousands of kilometres and dropping up to 24 tons of bombs. The Tupolev Tu-22M3, which was deployed for the first time by Russia in its war with Ukraine during the “carpet-bombing” of Mariupol, has an operational range of nearly 7,000km, putting all of Europe and the east coast of the United States within its scope. Also known by its NATO name “Backfire”, the Tu-22M is designed to carry up to 24,000kg of weapons… – SUN Photo: Russian Airforce