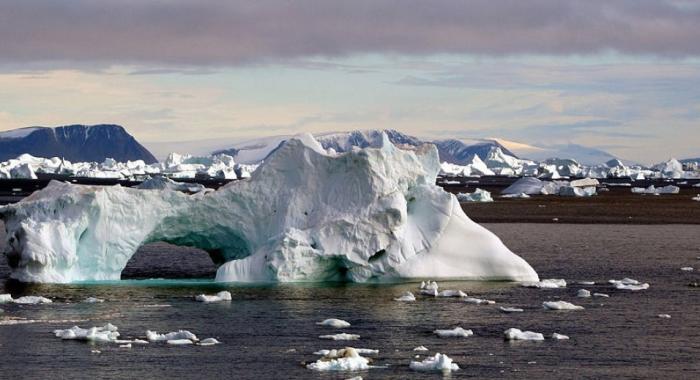 Fast-melting sea ice has opened a potential new Arctic shipping lane across the North Pole, which will give powerful nations easier access to the frozen zone’s vast riches — but has also sparked fears of war. The Arctic Council predicts that, during the summers, sea ice will be gone by 2040 — allowing for a major new seasonal passageway. This Transpolar Sea Route (TSR) would be the fastest way to get around the region and could spur a spike in mining, drilling and trade… – New York Post Photo: Brocken Inaglory