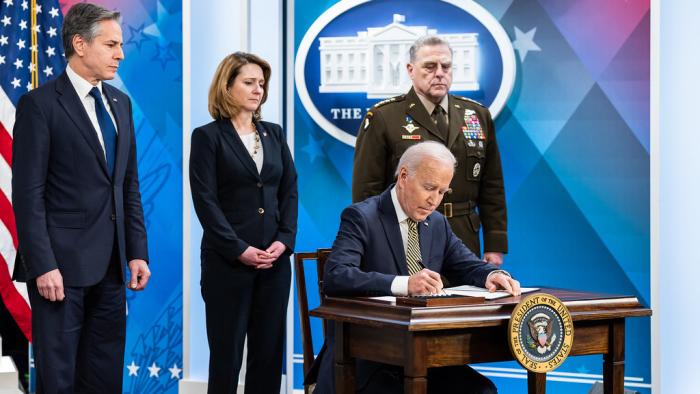 Russia’s invasion of Ukraine has prompted a rarity in recent U.S. history, as both the Left and the Right have largely joined together in advocating for increased military spending to bolster the nation’s capabilities while providing support for Ukraine. However, despite the recent string of defense-based collaboration, one issue has developed as an area of contention between Democrats and Republicans in the House Armed Services Committee, and has also become a key sticking point… – Newsweek
Photo: White House