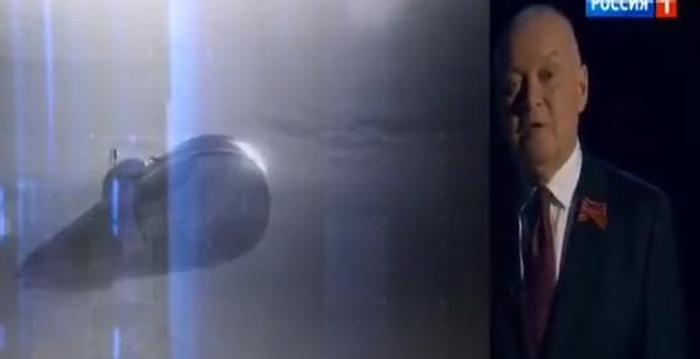 In what would have been unthinkable just three months ago, Vladimir Putin has repeatedly threatened the West with nuclear war. Most recently, Russian state TV broadcast a bizarre video threatening to attack Britain with a hypersonic missile, known as Satan-2, and an ‘underwater robot drone’, known as Poseidon. Dmitry Kiselyov, dubbed Putin’s propagandist-in-chief, said: ‘What will happen after Boris Johnson’s words about a retaliatory strike on Russia? – Metro News Photo: Twitter