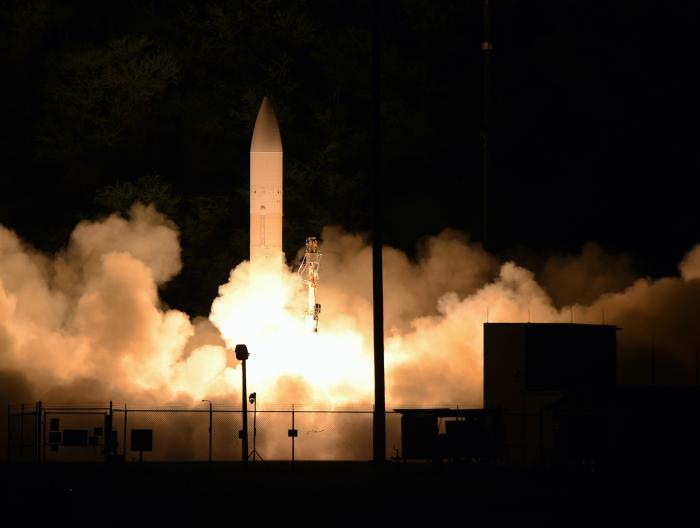 The United States has actively pursued the development of hypersonic weapons—maneuvering weapons that fly at speeds of at least Mach 5—as a part of its conventional prompt global strike program since the early 2000s. In recent years, the United States has focused such efforts on developing hypersonic glide vehicles, which are launched from a rocket before gliding to a target, and hypersonic cruise missiles, which are powered by high-speed, air-breathing engines during flight. – USNI News Photo: US Navy