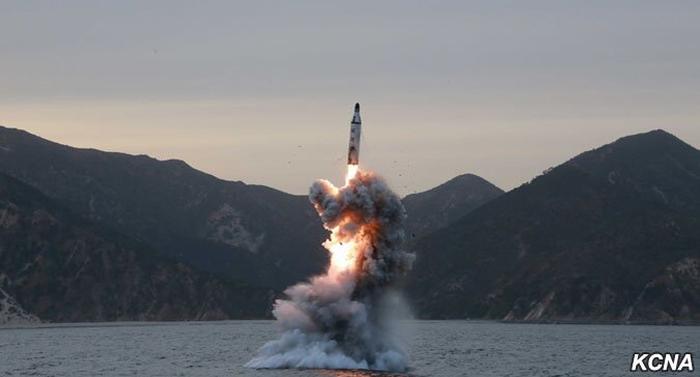 North Korea flight-tested a ballistic missile that was likely fired from a submarine on Saturday, South Korea’s military said, continuing a provocative streak in weapons demonstrations that may culminate with a nuclear test in the coming weeks or months. South Korea’s Joint Chiefs of Staff said the launch occurred from waters near the eastern port city of Sinpo, where North Korea has a major shipyard building submarines. It said the short-range missile flew 600 kilometers…- Global News Photo: KCNA