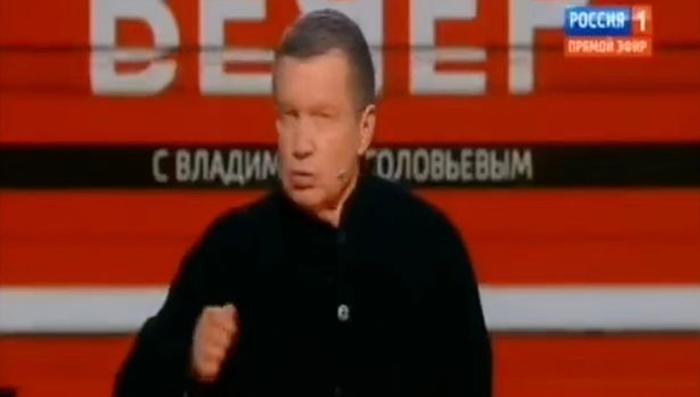 Well-known journalist Vladimir Solovyov alleged that images and reports about invading troops committing genocide in Ukraine are being shown in the UK to prepare the British public. He claimed the images of tortured and people and destroyed homes and towns were simply to sway public opinion in the UK against Moscow. The BBC’s Francis Scarr, who works in the Monitoring department, said the claims were broadcast on the highly-controlled state TV on Monday night. Mr Solovyov tells… – UK Mirror Photo: Russian TV screen capture