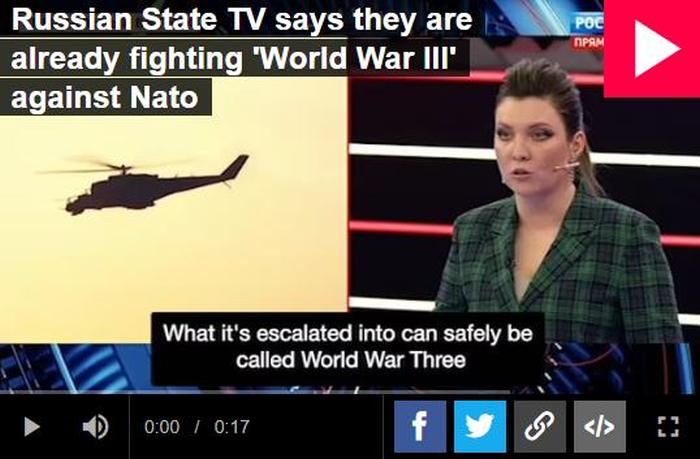 The Kremlin’s main propaganda mouthpiece went into meltdown last night after the flagship of the Black Sea Fleet was taken out. Officials have refused to acknowledge Ukraine’s claims it struck the ship with cruise missiles, an operation which would be one of Kyiv’s biggest military successes since the invasion began. But despite Russia’s insistence it sunk because of fire, the Ukrainian capital was struck by rockets overnight, a sign Vladimir Putin wants revenge for the downing… – Metro News Photo: Youtube screen capture