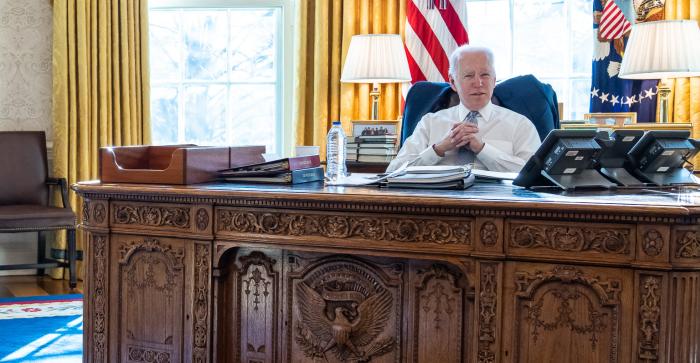 The White House has set up a team of experts to plan how the United States could respond should Russia use weapons of mass destruction – chemical, biological or nuclear – during its invasion of Ukraine, senior administration officials said on Thursday. Russia has repeatedly raised the prospect of using nuclear weapons as it struggles to overcome Ukraine’s military during the month-old war that the Russian government calls a “special operation.” This week, the Kremlin… – US News & World Report Photo: White House/Adam Schultz)