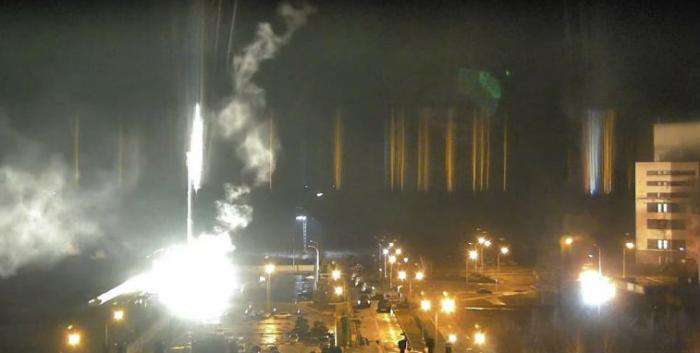 As the tragedy in Ukraine unfolds before the world with each day darker than the next, Russian saber rattling with nuclear weapons is only a part of the nuclear concern. Reported increases in radiation levels at Chernobyl and fires at the Zaporizhzhia Nuclear Power Plant, the largest in Europe, with six VVER Russian reactors, are in the headlines. In fact, Ukraine has 15 reactors at four nuclear power plants, which provided about half of its electricity. As war spreads, each of these plants is at risk…. – Bulletin of the Atomic Scientists Photo: Zaporizhzhya NPP-Youtube screengrab