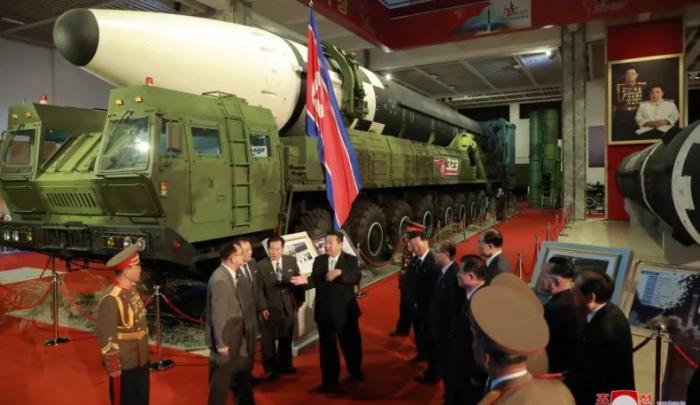 North Korean leader Kim Jong Un has vowed to build up “overwhelming” and unstoppable military power, state media reported Monday, days after he presided over the nation’s biggest missile launch. Kim’s comments follow Pyongyang successfully carrying out the launch in defiance of crippling international sanctions on Thursday, the first time the North has fired an intercontinental ballistic missile at full range since 2017. Known as the Hwasong-17, the powerful ICBM was first… – MSN News Photo: KCNA