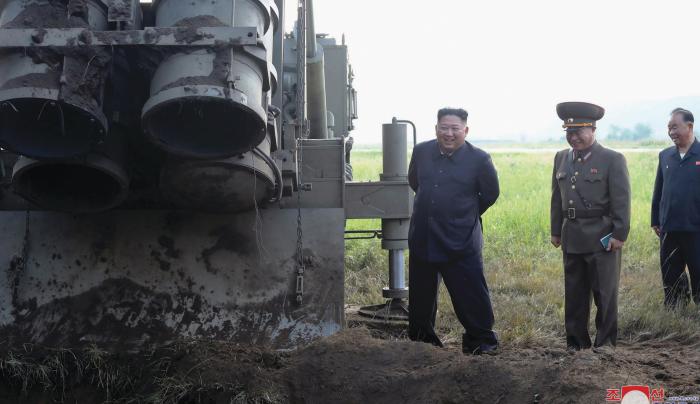 Satellite images revealed this week show a new underground military base in North Korea that is used for housing intercontinental ballistic missiles (ICBM) just 15 miles from the border with China. According to a report released Monday by the Center for Strategic and International Studies, the Hoejung-ni base is located roughly 210 miles north of the demilitarized zone with South Korea. It will likely house a “regiment-sized unit” equipped with ICBMs. – American Military News Phto: KCNA