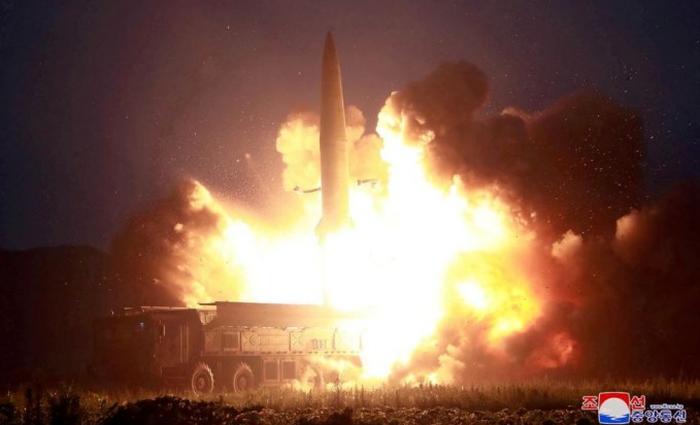 North Korea capped one of its busiest months of missile tests ever with the launch of its Hwasong-12 intermediate-range ballistic missile on Sunday, highlighting efforts to ensure it has reliable systems for delivering nuclear warheads. January’s testing schedule began with the launch of a new “hypersonic missile,” and went on to include long-range cruise missiles, and short-range ballistic missiles launched from railcars and airports, underscoring the nuclear-armed state’s… – Yahoo News Photo: KCNA