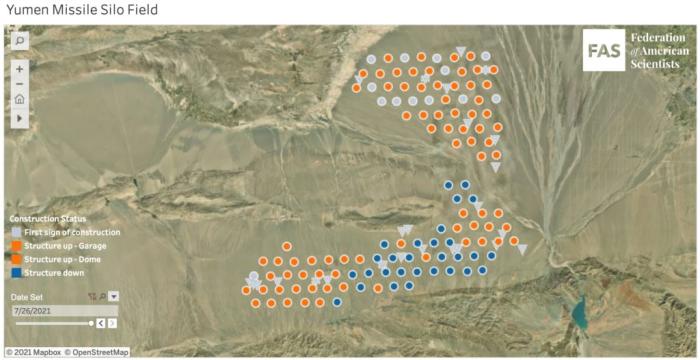 After the discovery during the summer of what appears to be at least three vast missile silo fields under construction near Yumen, Hami, and Ordos in north-central China, new commercial satellite images show significant progress at the three sites as well as at the People’s Liberation Army Rocket Force (PLARF)’s training site near Jilantai. The images provide a vivid and rare public look into what is otherwise a top-secret and highly sensitive construction program. – Federation of American Scientists Image: FAS