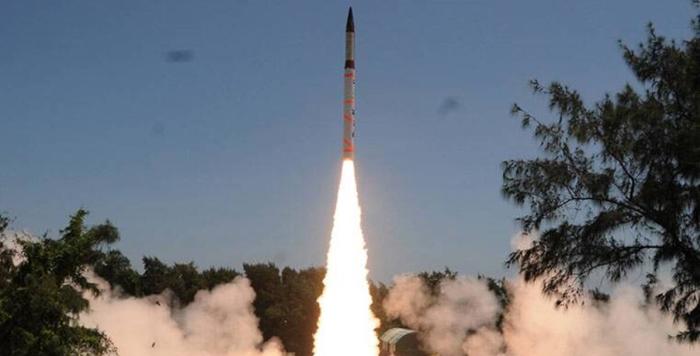 India has successfully tested a nuclear-capable ballistic missile in a show of strength to China, amid an escalation of the border spat between the two regional powers. The test of the Agni-5 missile, which is capable of travelling more than 3,000 miles, follows heavy Chinese military build-up along the 2000-mile Line of Actual Control that separates the two countries. While India has previously tested the missile on six occasions, this launch was significant… – Kashmir Report Photo: India DRDO/file