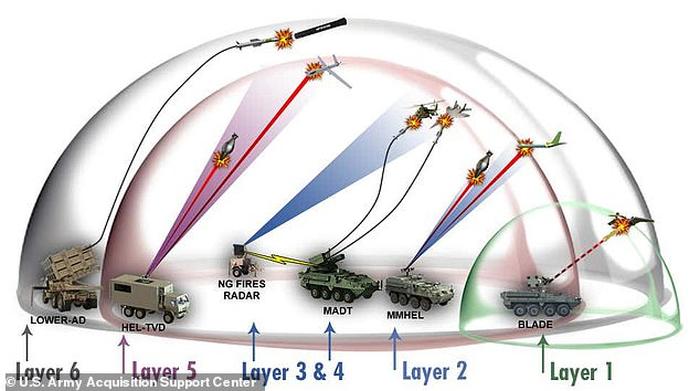 The US Air Force is investigating ‘directed energy’ (DE) technologies they hope could turn beams of energy into a force field that could be used to destroy enemy missiles. In a new report, titled ‘Directed Energy Futures 2060,‘ DE is described as ‘a focused beam of electro-magnetic energy that is used to enable or create military effects, when used in conjunction with other military systems, including kinetic weapons.’ This can include lasers, radio frequency devices… – The Washington Time Photo: US Army