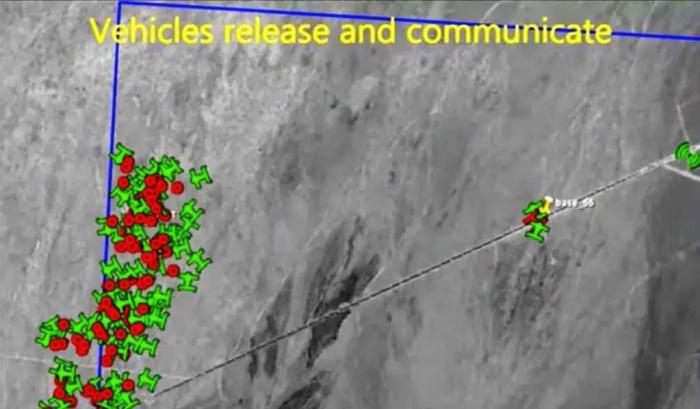 In October 2016, the United States Strategic Capabilities Office launched 103 Perdix drones out of an F/A-18 Super Hornet. The drones communicated with one another using a distributed brain, assembling into a complex formation, traveling across a battlefield, and reforming into a new formation. The swarm over China Lake, California was the sort of “cutting-edge innovation” that would keep America ahead of its adversaries, a Defense Department press release… – Bulletin of the Atomic Scientists Photo: US Department of Defense.