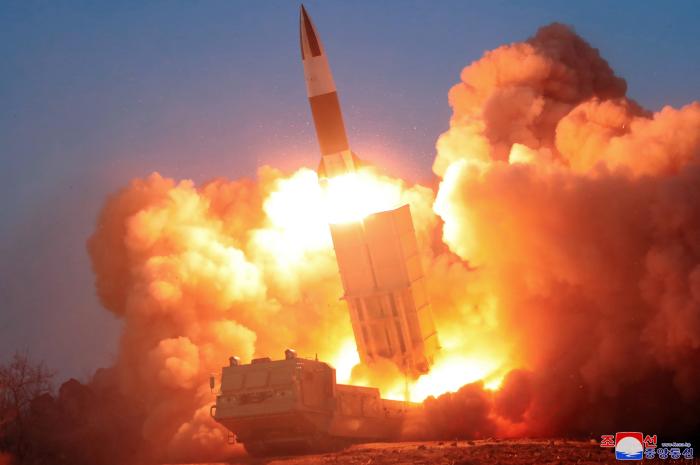 North Korea has surged ahead during recent years in an inter-Korean arms race that has led to a proliferation of short-range missiles on the peninsula and left Pyongyang closer than ever to deploying tactical nuclear weapons. North Korea’s years-long quest to develop precision missiles capable of evading detection and striking targets in South Korea has accelerated in the wake of the country’s 2018 self-imposed moratorium on testing… – US News and World Report
Photo: KCNA