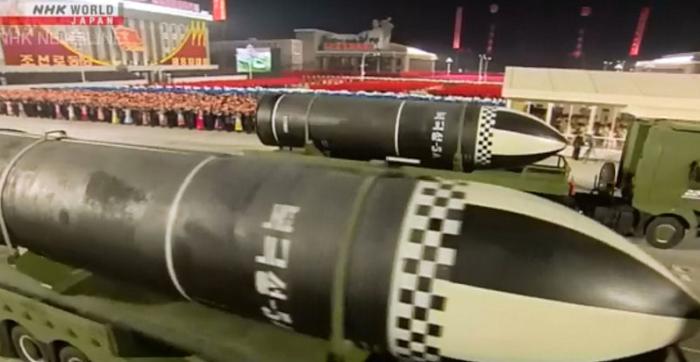 North Korea showcased what appears to be a new type of submarine-launched ballistic missile in a military parade held on 14 January 2021. State-run TV reported that the country’s leader Kim Jong Un attended the event at Kim Il Sung Square in Pyongyang. The parade was held to commemorate a major meeting of the ruling Workers’ Party that finished on 12 January 2021. Defense Minister Kim Jong Gwan said in a speech that North Korea will launch its most powerful pre-emptive attacks… – Global Security