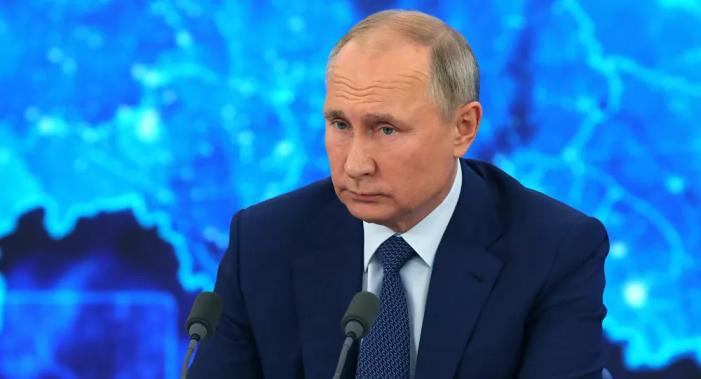 Vladimir Putin has told his annual news conference that Russia is developing new “hypersonic weapons” in response to a new arms race, which he says was triggered by the US. The Russian leader wants the US to agree to a one-year extension of the START treaty, which maintains a nuclear balance between the two nations and expires in February. Mr Putin added that he believed US president-elect Joe Biden was open to talking about negotiations… – Sky News Photo: Sputnik