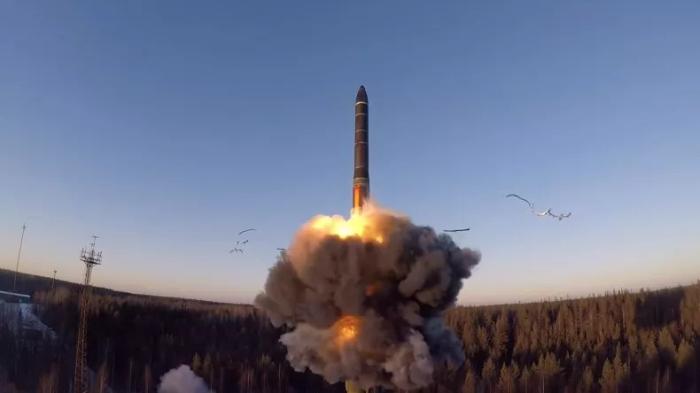 The Russian armed forces have conducted an exercise of their nuclear capabilities including a series of ballistic and cruise missile launches overseen by President Vladimir Putin. A roughly two-and-a-half-minute video released Wednesday by the Russian Defense Ministry displayed air, land and sea assets of the country’s nuclear triad. An accompanying statement identified the training… – Newsweek Photo: Russian Defense Ministry