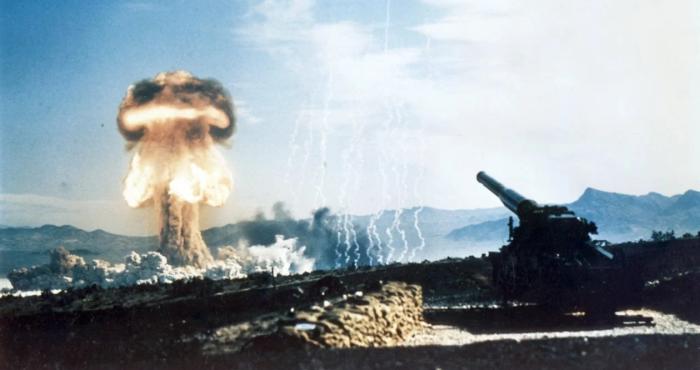 The Russian Federation is widely believed to possess around 3,000 to 6,000 tactical nuclear warheads; that number is significantly down from its Soviet predecessor, which owned at least 13,000 and as many as 22,000 tactical warheads by the end of the Cold War in 1991. But Russia continues to have the most tactical nuclear warheads in the world, and there are no signs that this will change anytime soon. – The National Interest Photo: Wikipedia