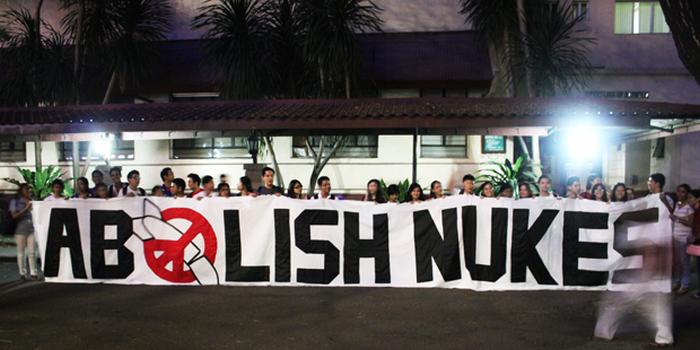 The United States is urging countries that have ratified a U.N. treaty to ban nuclear weapons to withdraw their support as the pact nears the 50 ratifications needed to trigger its entry into force, which supporters say could happen this week. The U.S. letter to signatories, obtained by the Associated Press, says the five original nuclear powers — the U.S., Russia, China, Britain and France… – Los Angeles Times Photo: ICAN