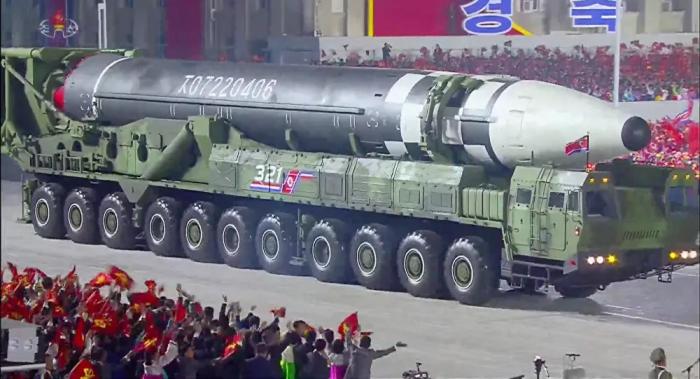 North Korean leader Kim Jong Un warned Saturday that his country would “fully mobilize” its nuclear force if threatened as he took center stage at a military parade in which the country unveiled what appeared to be a new intercontinental ballistic missile and other additions to its growing weapons arsenal. Kim, however, avoided direct criticism of Washington during the event… – USA Today Photo: Korea Central Television