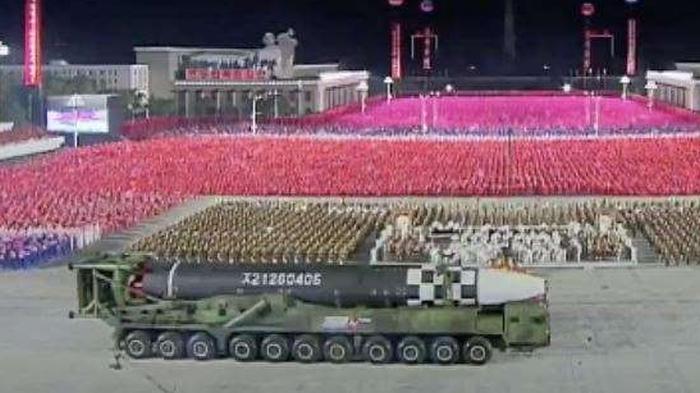 This week Pyongyang rolled out its largest nuclear missile yet. This intercontinental ballistic missile was carried on a transporter-erector launcher with eleven axels. This is large, almost certainly a heavy weapon with a long-range and expanded throw weight – and almost certainly intended for striking the United States. There is really no other reason for North Korea to build such a massive missile, reminiscent of the large platforms made by the U.S. and Soviet Union… – The National Interest Photo: NK State TV