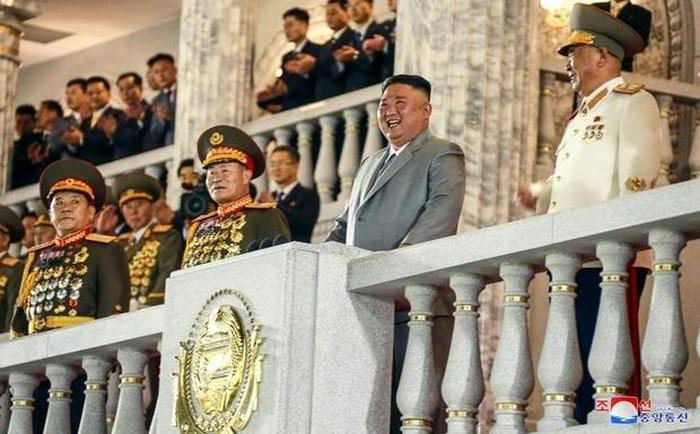 The gargantuan new missile North Korea put on show at a military parade is an explicit threat to US defences and an implicit challenge to both the current and next American president, analysts say, warning Pyongyang could test the weapon next year. Leader Kim Jong Un watched the intercontinental ballistic missile (ICBM) roll through Kim Il Sung square — named after his grandfather — in Pyongyang at the climax of an unprecedented night-time parade on Saturday. – Dawn Photo: KCNA