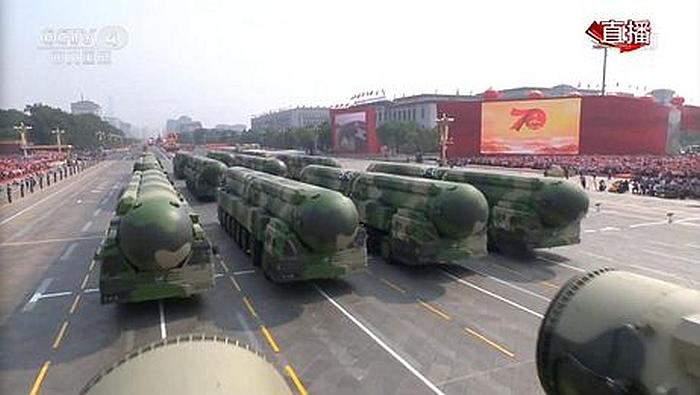 Admiral Charles A. Richard, the head of the U.S. Strategic Command, recently told the Senate Armed Service Committee he “could drive a truck” through the holes in China’s no first use policy. But when Senator John Hawley (R-MO) asked him why he said that, Commander Richard backtracked, described China’s policy as “very opaque”.. – The Diplomat Photo: YouTube screen capture via CCTV