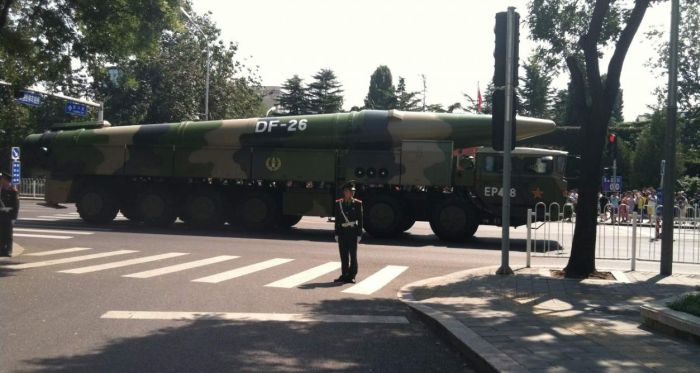 The Chinese People’s Liberation Army Rocket Force (PLARF) commissioned the DF-26 intermediate-range ballistic missile (IRBM) into service back in April 2018. “The newly commissioned weaponry of the Rocket Force is Dongfeng-26 missile,” Senior Colonel Wu Qian, spokesman for China Ministry of National Defense, told reporters on April 26. “After the trial and operational test, this type of missiles are ready to be equipped to the full establishment of unit and have since then been officially commissioned to the Rocket Force.” – The National Interest