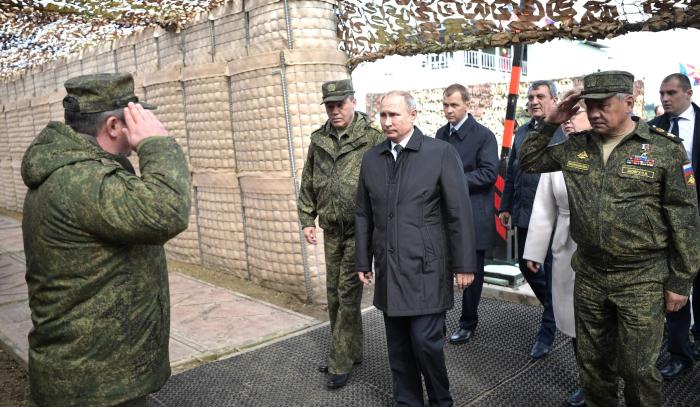 A group of governmental, military, and outside experts published a white paper urging the US government to jump fully into the so-called gray zone—the conceptual space in which countries take action that lies somewhere on the continuum between warfare and peaceable relations. Russia, they say, is exploiting it effectively. It’s in the gray zone that Russia meddles with elections, launches online disinformation campaigns… – Bulletin of the Atomic Scientists Photo: kremlin.ru