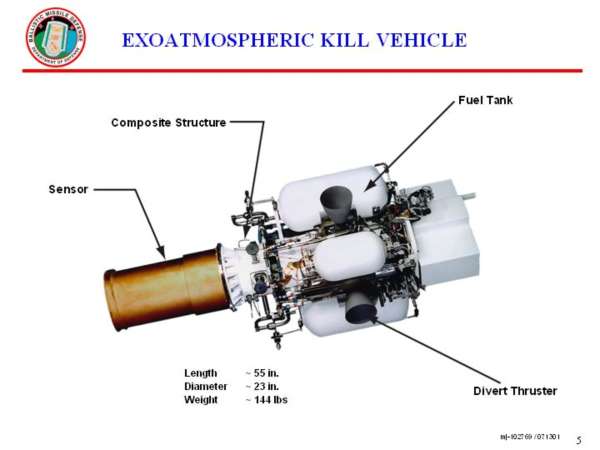 The U.S. Missile Defense Agency, in concert with Boeing and Raytheon, have successfully destroyed a dummy intercontinental ballistic missile (ICBM) using a two-missile combination. During the test, a target ICBM missile was launched from the Kwajalein Atoll in the Pacific Ocean and sent out of the atmosphere. At the same time, a sea-based X-band radar picked up the trajectory of the missile and fed coordinates to Vandenberg Air Force Base in California, where two Exoatmospheric Kill Vehicles (EKV) were launched to intercept. – Engineering.com