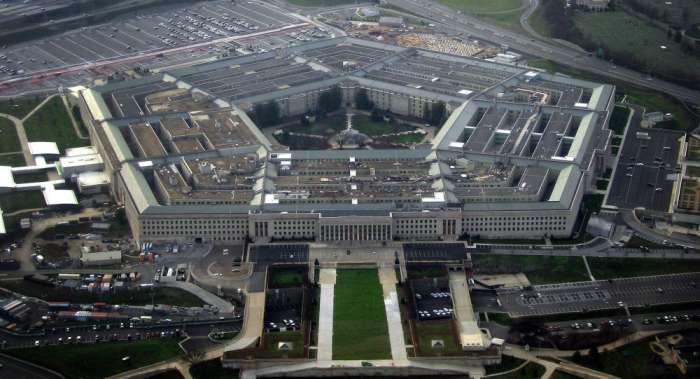 According to a number of military officials, politicians and experts, a lack of communication between Moscow and Washington could potentially devolve into a nuclear conflict. A number of US military officials have called for better communication with Russia over fears that a lack thereof could result in a military conflict that can lead to a nuclear exchange. “During the Cold War, we understood each other’s signals. We talked,” said US Army General Curtis Scaparrotti, outgoing NATO Supreme Allied Commander Europe. “I’m concerned that we don’t know them as well today.”

According to Scaparrotti, much more intensive communication with Russia is needed. He personally met with the Russian chief of general staff, General Valery Gerasimov, only twice but had a number of phone conversations during his service.

“I personally think communication is a very important part of deterrence,” Scaparrotti said in an interview published Sunday, pointing toward the concept that adversaries who know each other’s capabilities and intentions are less likely to enter into direct conflict. “So, I think we should have more communication with Russia. It would ensure that we understand each other and why we are doing what we’re doing.”

Scaparotti’s ideas are mirrored by those of James Stavridis, a retired Navy admiral who was also NATO Supreme Allied Commander Europe between 2009-2013. While saying that the West must confront Russia when necessary, he also called for increased communication between the two nations. According to Stavridis, there is a room for cooperation between the two militaries, including on issues related to the Arctic region and on arms control.

“We are in danger of stumbling backward into a Cold War that is to no one’s advantage,” Stavridis said in an email to AP. “Without steady, political-level engagement between the defence establishments, the risk of a true new Cold War rises steadily.”

Sam Nunn, a former Georgia Democratic Senator, noted that dialogue with Russia is too important to set aside, even if such dialogue raises domestic political controversy.

“You can’t call time out,” he said “The nuclear issues go on, and they’re getting more dangerous.”

Nunn, along with former Secretary of State George Shultz and former Defence Secretary William Perry, co-wrote a Wall Street Journal op-ed Thursday saying that the US must “re-engage with Russia” to ensure nuclear weapons do not spread and are never used again.

“A bold policy shift is needed to support a strategic re-engagement with Russia and walk back from this perilous precipice. Otherwise, our nations may soon be entrenched in a nuclear standoff more precarious, disorienting and economically costly than the Cold War,” the trio wrote.

These sentiments are supported by the Euro-Atlantic Security Leadership Group, a team of security experts and former officials.

“The risks of mutual misunderstanding and unintended signals that stem from an absence of dialogue relating to crisis management […] are real,” the group noted in a February statement. According to the group, poor communication could result in a conventional war between Russia and the US and, in a worst-case scenario, a “potential for nuclear threats, or even nuclear use, where millions could be killed in minutes.”

Marine General Joseph Dunford, chairman of the US Joint Chiefs of Staff, however, believes that the current level of communication is enough to avert the “risk of miscalculation.”

He added that he speaks with General Gerasimov, his Russian counterpart, regularly and noted that the two militaries make contact on other levels as well.

Moscow, in the meantime, remains open for talks. Reacting to NATO’s 70th anniversary celebration, Russia issued a statement saying that it remains open for “interaction aimed at de-escalating tension, restoring mutual trust, preventing any misinterpretations of one another’s intentions, and reducing the risk of dangerous incidents.” – Sputnik New