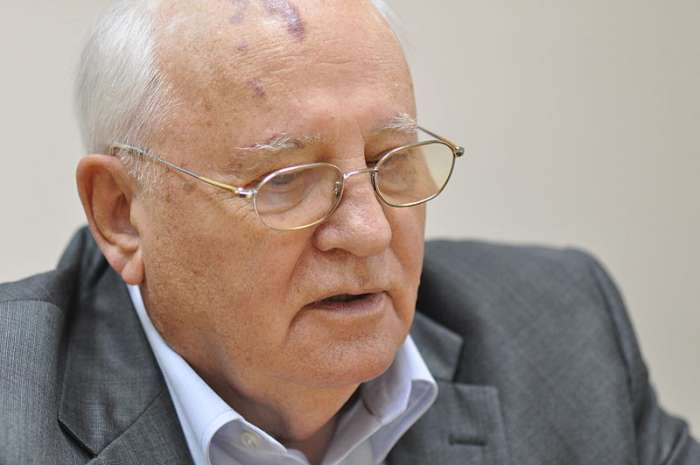 Mikhail Gorbachev, former president of the Soviet Union, said the dangers of a nuclear deterrence policy are putting the world at risk. Gorbachev made his comments in a column posted by The Wall Street Journal on Monday. He said he was “convinced that nuclear deterrence, instead of protecting the world, is keeping it in constant jeopardy.” – Newsmax Photo: Mikhail Gorbachev – CC by Author=Вени Марковски