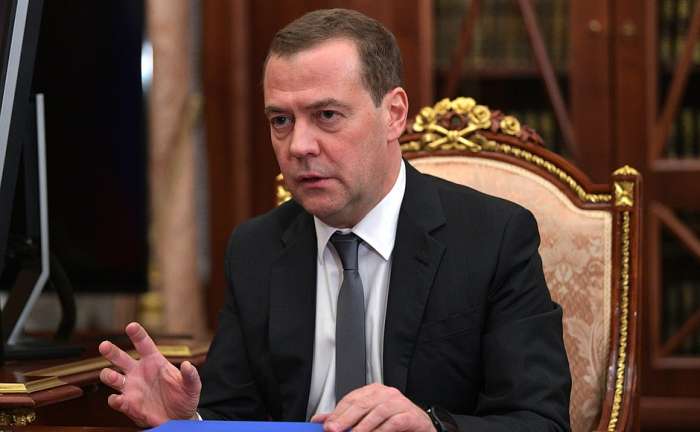 Russia wants U.S. nuclear weapons and missiles systems “eliminated” from Europe, Russian Prime Minister Dmitry Medvedev said Tuesday, escalating a roiling controversy over Russian violations of a landmark arms control treaty. “Everyone will feel more at ease when all U.S. nuclear weapons return to U.S. territory, and infrastructure in Europe which allows to store, service and deploy those weapons, will be eliminated,” Medvedev said, according to the state news agency. Medvedev’s comments came one day after the Kremlin released an order suspending Russian compliance with the INF Treaty, a landmark ban on ground-based intermediate range cruise missiles. – Washington Examiner Photo: kremlin.ru