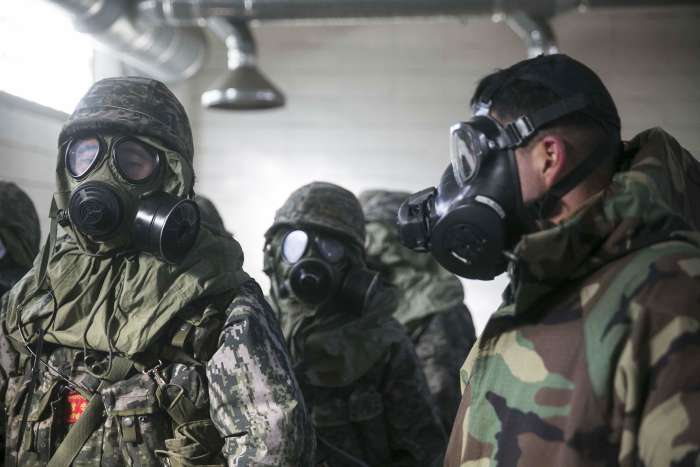 When it comes to North Korea, all eyes are on nuclear weapons, but the lack of attention toward chemical and biological capabilities weakens defense against potential attacks, according to experts in the field. After the breakdown of talks between the United States and Pyongyang last week, the future of not only nuclear weapons but biological and chemical weapons is uncertain. “The real terrorists threats, primarily when you talk about weapons of mass destruction — nuclear, chemical and biological — are chemical weapons, biological diseases and radioactive materials,” said Paul Walker, vice chairman of the board of directors for the Arms Control Association. – Military Times