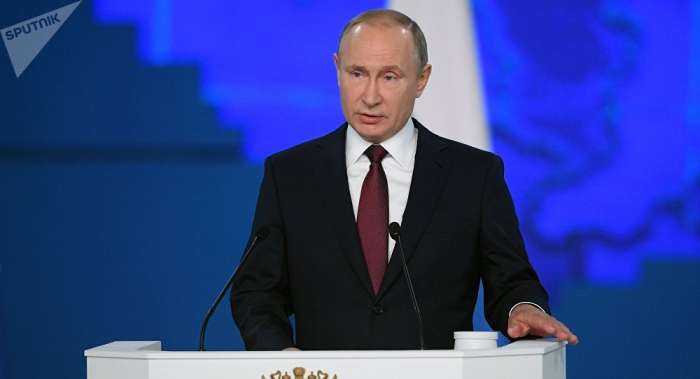 Vladimir Putin on Wednesday vowed to target American and European “decision-making centres” with nuclear arms if intermediate-range warheads are located on the continent. The Russian president’s stark comments came during his annual state of the nation address. They mark a serious escalation in rhetoric between Russia and the United States since both sides vowed to quit a Soviet-era arms control treaty earlier this month. If the US deploys missiles previously banned under the treaty, Mr Putin said on Thursday that Russia would have no choice by to take reciprocal and asymmetric measures.- The National Photo: Sputnik